Shane Turner remembers the moment it first occurred to him that a food hall could work in Waco, Texas, about 95 miles south of Dallas. It happened at an ICSC restaurant conference in Austin, Texas, in March 2017. “One of the main topics was food halls, and that just really caught my attention,” said Turner, a principal of Waco-based Turner Behringer Real Estate. “There wasn’t an active food hall in Texas at the time, I don’t think. Legacy Hall in Plano was under construction and was planning to open probably within six to eight months. We actually ended up hiring one of the designers that was on the panel to design our food hall.” He was referring to Nick Giammarco, a principal at Detroit-based Studio H2G.

For the past 10 years, Waco has been undergoing a sort of renaissance, fueled by increased enrollment at Baylor University and by the hit TV show Fixer Upper, whose hosts Chip and Joanna Gaines are based in Waco. Turner’s company itself had redeveloped nearly 40 projects downtown by the time he attended that fateful ICSC conference. Turner owned a vacant, 18,000-square-foot, circa-1920s building downtown on Franklin Avenue, a prime location less than a block from the Gaines’ popular Magnolia Market at the Silos. Once Giammarco and his team scoped the site in June 2017, concept work began.

“We really tried not to reinvent the wheel on this. We hired experts, we listened to what they told us to do, and it has worked very well”

The first step was to see what was working in other markets, both in the U.S. and overseas. Turner and Giammarco toured every food hall in New York City over three days, then tackled several cities in Europe. “We are more of a tertiary market so obviously what works in Dallas or New York is probably not going to work in Waco, but we see the pieces that will work,” said Turner. “I found out there are a million different ways of doing food halls.”

Work began in the summer of 2018. Turner leaned heavily on Giammarco for the design and execution. For licensing agreements and leases, he relied on consultant Phil Colicchio, executive managing director for specialty food-and-beverage, entertainment and hospitality in Cushman & Wakefield’s Americas retail services unit. “We really tried not to reinvent the wheel on this,” Turner said. “We hired experts, we listened to what they told us to do, and it has worked very well.” 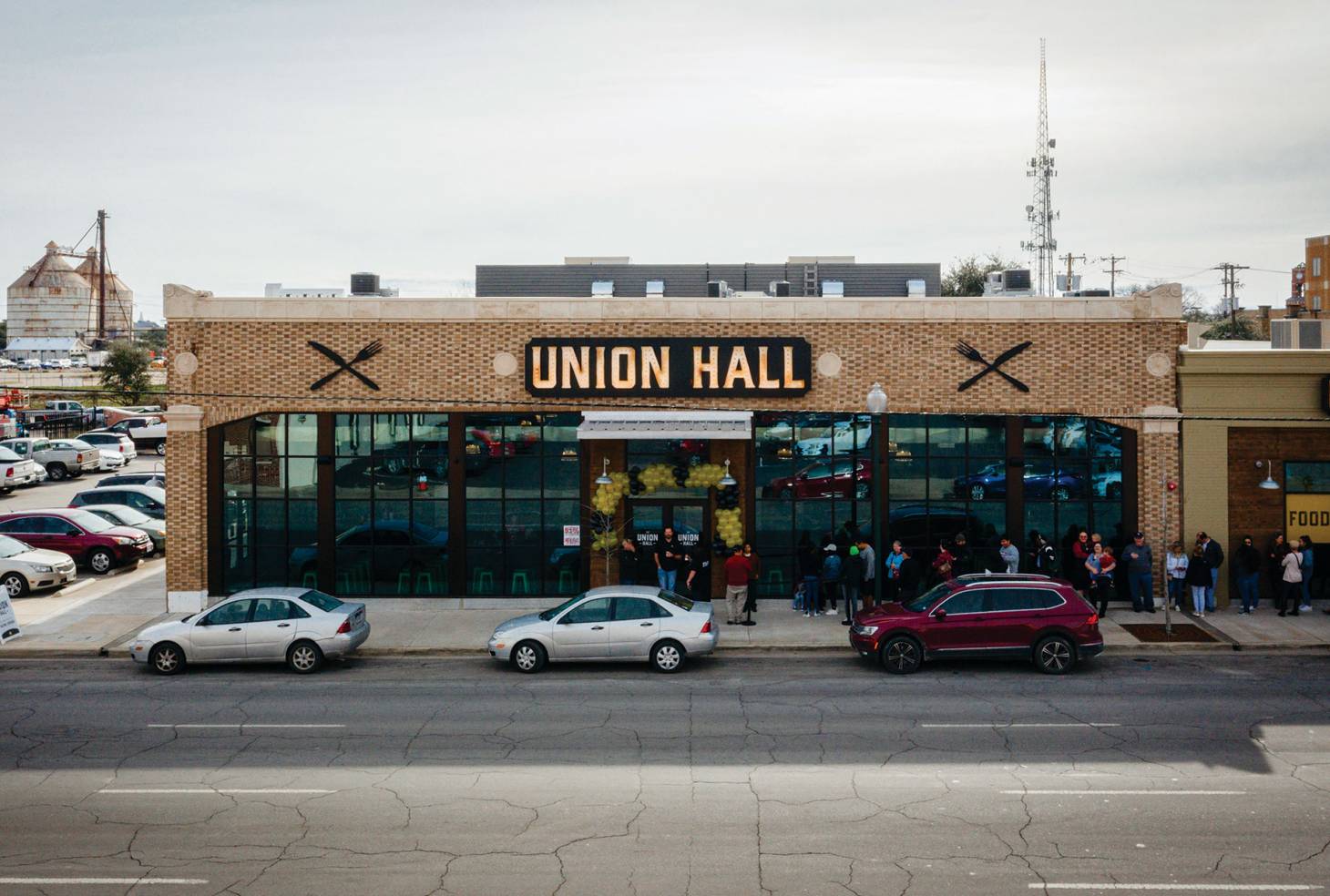 Union Hall, as the project came to be called, was 80 percent leased at its opening on Jan. 25. Four corner anchor spots range from 1,150 to 1,350 square feet with five-year leases. The rest of the spots measure between 110 square feet and 400 square feet and have two-year-minimum leases. “We wanted individuals that are going to be there for the long haul, and so we have been very careful to pick and choose,” said Jonathan Garza, Turner Behringer director of real estate. The biggest challenge was getting Waco residents to understand the concept, says Garza. In fact, that did not really begin to happen until the project was close to its opening, he noted.

Now amid COVID-19, Union Hall has reopened as per Texas guidelines. 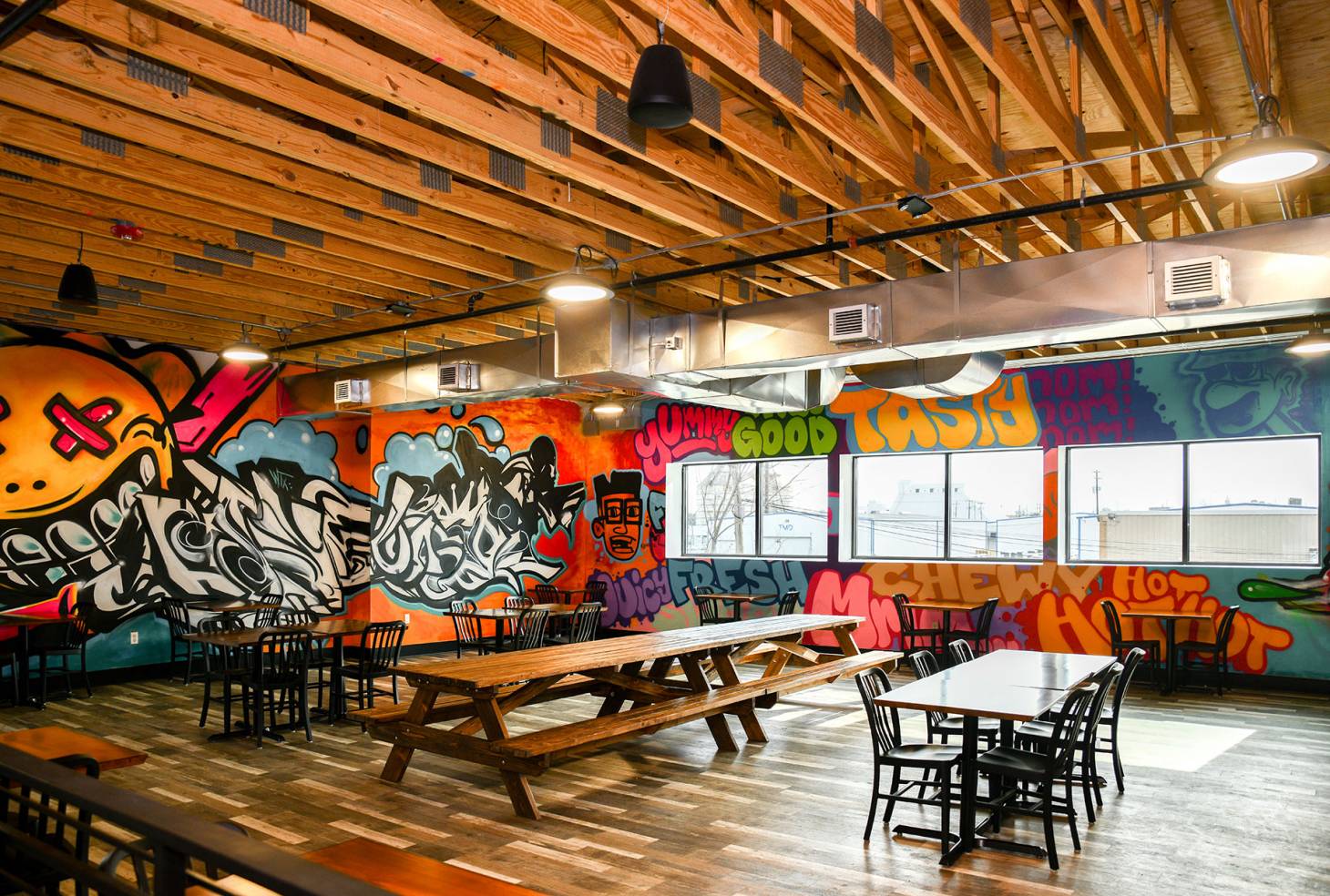