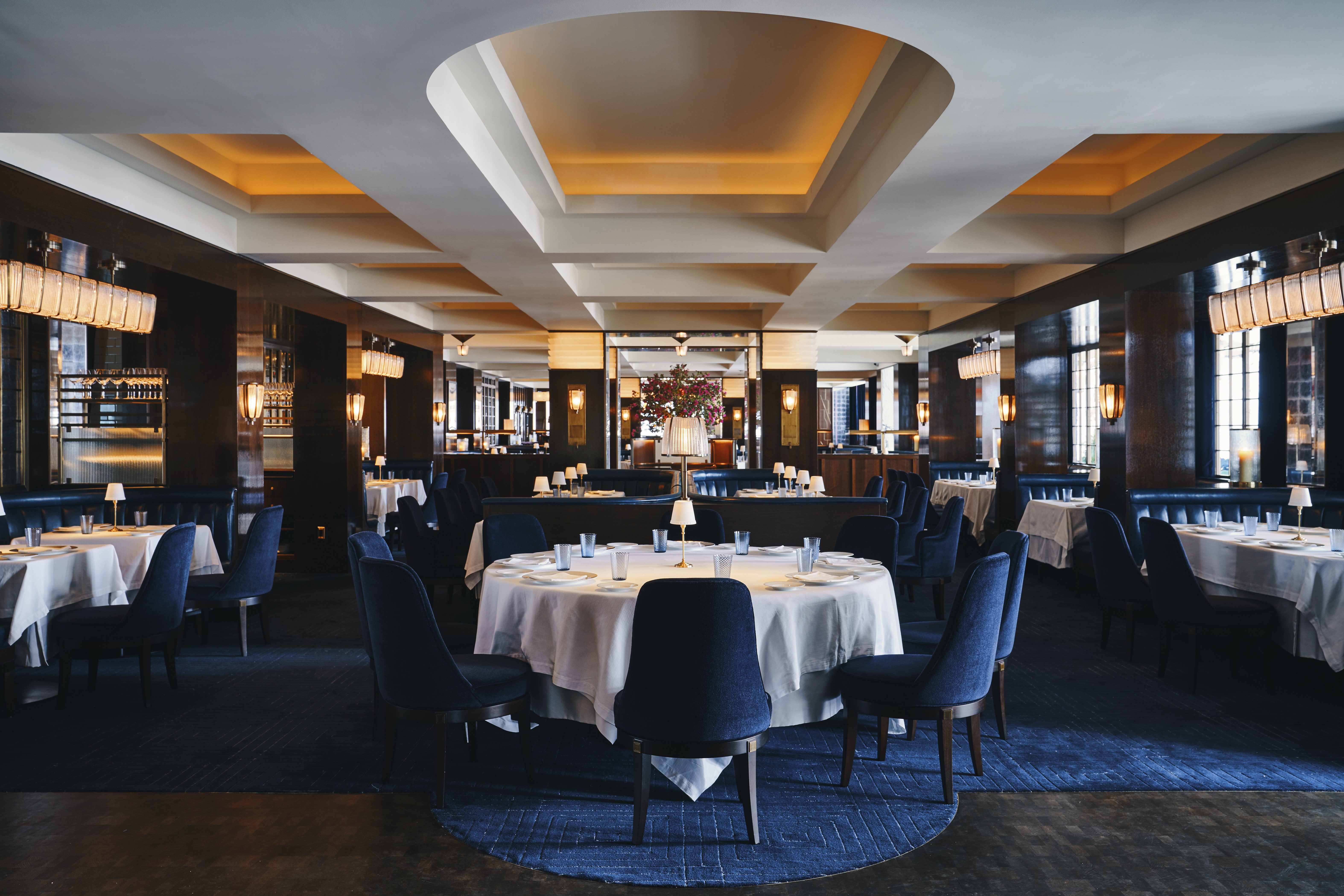 TAK Room’s exit from Hudson Yards will leave space for a potential office tenant, according to Related Cos. (Adrian Gaut)

Hudson Yards in New York City plans to market retail space left vacant by the upscale restaurant TAK Room, as well as Neiman Marcus, for office use as it adapts to tenant losses because of the coronavirus.

Related Cos., developer of the much-ballyhooed mixed-use project on Manhattan’s West Side, is jostling after losing celebrity chef Thomas Keller’s TAK Room as well as his Bouchon Bakery as tenants. The eateries were both part of a roster aimed to make Hudson Yards a culinary destination for tourists and New Yorkers alike.

Keller on Wednesday announced “with an extremely heavy heart” on Instagram that he was permanently closing both TAK Room and Bouchon at 20 Hudson Yards. The chef, who also owns Per Se in Manhattan and the celebrated French Laundry eatery in California, blamed the COVID-19 outbreak for the demise of those businesses.

“There’s no question that the Related Cos. are some of the most forward-thinking real estate developers in the world,” said Phil Colicchio, Cushman & Wakefield executive managing director and co-lead of its food, beverage and entertainment consulting practice. “And there’s no question that the Keller group is one of the elite restaurant operations groups in the world. That in and of itself is to me why this is important news: that both the developer and the operator concluded that they were better off closing a huge asset down than trying to keep it in mothballs for an extended period of time.”

Keller’s closings come just weeks after luxury retailer Neiman Marcus, which has filed for Chapter 11 bankruptcy protection, said it was shuttering its store at Hudson Yards. That brick-and-mortar site was considered the retail flagship for the development, and Related Cos. has said it plans to lease the retailer’s three-story, 188,000-square-foot area to office tenants. The former Neiman Marcus space offers some of the largest floor plates available in Manhattan, a private ground-floor entrance and 18-foot-high ceilings.

The tenant departures at Hudson Yards are part of the ongoing repercussions the COVID-19 outbreak is having on New York, the nation’s largest commercial real estate market. Bankruptcy filings by chains such as Ann Taylor parent Ascena Retail Group are leaving more storefronts empty. And Big Apple restaurants, which are only permitted to offer takeout and outdoor dining under state guidelines, have been struggling since mid-March. A recent survey of 500 New York bars and eateries found that only 83% could pay all their rent in July, with 37% not able to pay any rent.

Coronavirus-related rules have left many restaurants such as TAK Room totally closed, not even offering takeout. But some Hudson Yards restaurants, such as Mercado Little Spain, are now open with outdoor seating.

Related Cos. voiced confidence that office tenants will be interested in Hudson Yards, both the TAK Room and Neiman Marcus space, even as some experts are predicting the office sector will face difficulties as companies keep their employees working from home.

“Restaurants have always been the core of New York City’s vibrant culture, and we remain steadfast in the belief that the industry will continue to thrive at Hudson Yards as it did prior to the pandemic,” Related Cos. spokesman Jon Weinstein said in a statement. “The changing market conditions have created additional demand for commercial office and we are adapting our space and culinary offerings accordingly. We look forward to the day we can welcome back all of our chefs and diners to share the incredible New York moments that can only happen around a restaurant table.”

The decisions to permanently close TAK Room and Bouchon Bakery at Hudson Yards “were not made lightly,” Keller said on Instagram.

“They came after painful deliberations amid a pandemic that has devastated the global economy and caused irreparable damage to our business and profession,” Keller said. “Given the challenges of the last five months; we could not find an economically viable path to continue operating without expected seasonal New York tourism and traffic.”

Colicchio, an attorney as well as consultant who has advised more than 50 James Beard Award-winning chefs and restaurateurs, said he got a call from Keller’s company Wednesday telling him about its plans to close its locations at Hudson Yards.

“It’s a significant blow to the image that Hudson Yards portrayed,” Colicchio said. “But it’s also an acknowledgment of current realities.”

He was surprised by the news of TAK Room’s closing. That’s because most of the restaurants at Hudson Yards are joint ventures between restaurateurs and Related Cos., according to Colicchio, and therefore he had predicted those eateries would survive the pandemic. Colicchio said he doesn’t believe TAK Room could permanently shut its doors without the imprimatur of Related Cos.

“So the decision to close was a surprise to me because it could not have occurred without the concordance and involvement of Related,” Colicchio said. “My takeaway on it, because I pay a lot of attention to these things, is that I do believe there is a subtext and it relates to business-interruption insurance.”

Keller was among a group of chefs that included Wolfgang Puck and Daniel Boulud who formed the Business Interruption Group in April to press insurers to reimburse restaurants for their revenue losses from closures during the pandemic, Colicchio pointed out. The U.S. insurance industry has denied those claims, and now more than 750 lawsuits have been filed by businesses seeking payment, according to the Insurance Information Institute. That includes a suit brought by a group of restaurants recently in New York.

Insurers argue that since the pandemic didn’t cause physical damage to restaurants, eateries don’t have valid claims under business-interruption coverage. With TAK Room shuttered, a lawyer could argue the restaurant suffered “irreparable harm” from COVID-19, bolstering the case for a disputed insurance claim being approved by a court, according to Colicchio. Keller used the phrase “irreparable damage” in his Instagram message.

“It is my belief that the decision to close TAK Room had a lot to do with how strongly both Keller and Related feel the [business-interruption] coverage case is,” Colicchio said. “And they made a tough decision, it was a very tough decision, but when you look at what Hudson Yards is going to be facing over the next five years, this is cutting some losses.”

A spokeswoman for Keller and Related Cos.’ Weinstein didn’t respond to questions regarding TAK Room’s ownership structure or if the restaurant had any business-interruption insurance claims pending.

The court proceedings on business-interruption lawsuits could take years to be litigated and could end up before appellate panels, Colicchio said.